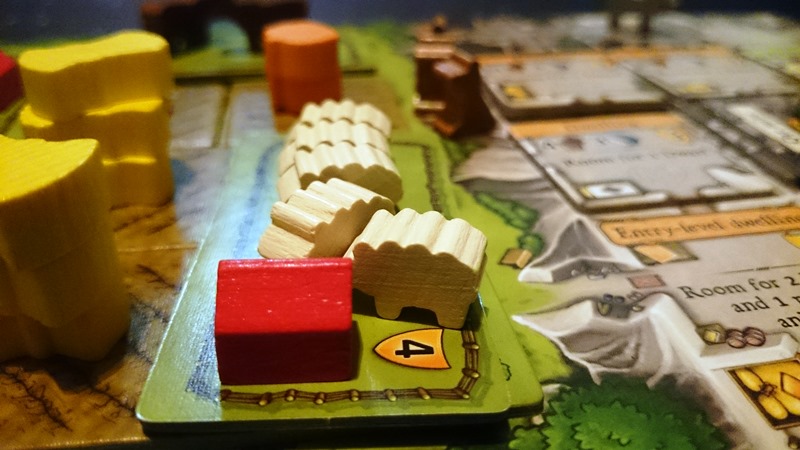 So 2016 is gone. It’s dead and gone, I’m happy for that. It was a pretty rough year, hopefully things will normalise in 2017. Not to say that things will be better, but there’s always hope. So as most people start off a year with resolutions I started mine off with a 10 x 10 challenge!

A 10 x 10 challenge is to play 10 different games, 10 times each. With so many new games being released each year it’s very easy to fall into the Cult of the New. You end up spending all of your money on cardboard crack and never actually using it more than a few, cursory times before the next shiny arrives!

The challenge is there to get you to play the games that you feel you don’t play often enough or sometimes, at all. So you can pull your white whales off of the shelf and really see if they are crap or not. Last year I set myself a goal of not buying any new games until the challenge was over. This year I’m getting a lot of Kickstarters coming in so that won’t really hold water as I’ll be receiving new games anyway.

So why should I do it?

Well, it was a lot of fun. It’s hard, make no doubt about it. 100 games is no joke and you either need a dedicated or multiple gaming groups to pull it off. What I discovered last year was that I found new depth in my games when I did play them more often. Tricks, tactics, strategies and player interactions that I had not seen before started to come to light.

So some games gained new life making me want to play them more. Others made me realise that I had seen all that they could give me and that’s ok too. It gave me satisfaction to play the games and that’s what I’m looking for.

What am I going to play?

Last year I let my list grow organically. I just played anything and everything until I hit 10 plays of each game. Sometimes when I got to 6 or so I’d specifically ask people to play with me so that I can reach my targets. This time I’m selecting my games beforehand. Yes I will play other games too but I’ll try to play these more often.

I tried to get a decent split between long and short games. A few Euro and a few Ameri trash. So no matter what I feel like playing there’s something there that I would just grab and play. Most of these I’ve not reviewed yet, maybe I can use this as an opportunity to get that done too 😉

As you may have noticed there’s 11 games there. 1 is a spare just in case. As it stands I’m the only person who had not received their copy of Sans Allies yet 🙁 hopefully this will be rectified soon. If not, then number 11 will have to step up.

This is also my Hard core list for the 2017 10 x 10 challenge on BGG so it’s following the rules there. I’m considering also doing a version like I did last year, i.e. just playing the games and waiting until I hit 10 of each, but I’ll have to see how the year goes.

Anyway here’s to a fantastic year of gaming!