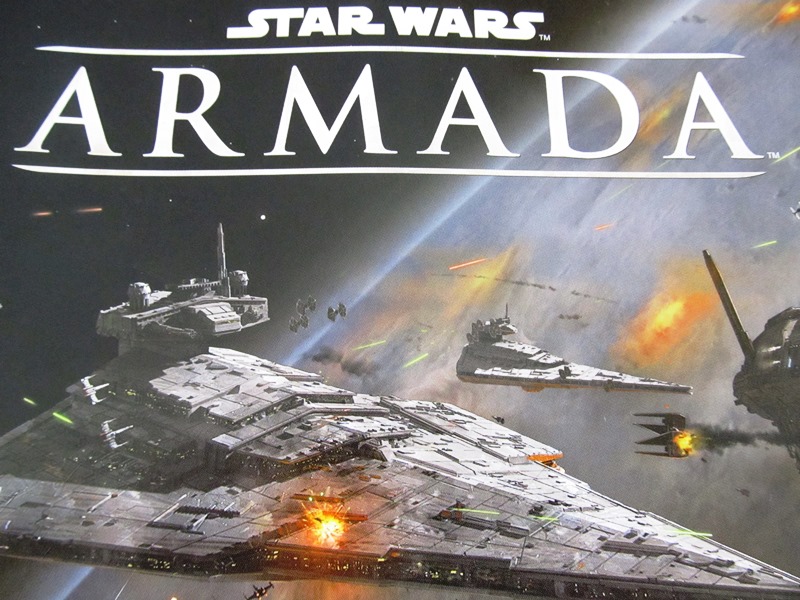 So I was up at around 2am, on a Sunday morning deciding on a fleet list to field at a local, casual, Star wars Armada tournament. After going to and fro for a long time I re-read the rules WRT to initiative and objective cards and after it clicked, I cobbled something together.

I decided to field the following:

This list clocked in at exactly 400 points. So I was pretty much banking on going 1st, I still gave some thought to my objectives.

Then I was up shortly thereafter because one of my dogs was sick. Shame, she was not herself at all. Not eating, vomiting, shivering, laboured breathing. So at 8am I was carrying her to the vet. Rough morning was rough.

With her admitted for observation and blood tests, I was ready to go and at around 10:30am I went through to Outer Limits in Melville. Sadly about 6 people who had planning on attending/opted in on the Facebook event could not make it through so there were only 4 of us present on the day.

Being a 3 round event, which kind of worked out well, we could play a round robin. On top of that we were evenly split 2 Imperial and 2 Rebel players.

Having the lower cost fleet meant that he got to select the initiative. So he decided that I should go first. I selected Most Wanted as the objective. He got to select a ship from each of our fleets to be the most wanted, it would be worth double victory points. He selected My ISD and not wanting to give me too many points, or make it too easy for me to kill the target he went for his VSD.

I started the setup with my ISD on the extreme left flank of my deployment zone, thinking that he would draw him to that side of the board, in front of some obstacles. He instead started his setup on the far right of the board, away from me. I then setup my next fast ship next to the ISD with the VSDs near the centre.

His ISD and GSD were on my right flank and the VSD dead centre. This suited me fine ‘cos I could bring my whole fleet to bear on it while he had to fly through everything I had to get to my ISD.

I flew straight up the centre, pushing my GSD to get behind his VSD and my ISD to tackle it head on. His VSD flew straight at me while his ISD tried to push through the middle to target everything with its gunnery teams. It’s a scary sight, almost a pleasure to behold, just not from the receiving end! His Gladiator was also rushing to get flak attacks on my exposed right flank.

That’s a lot of black dice that I got to throw at the ISD; needless to say it did not last very long. His fighters whipped mine but Squadron Speedbump did their jobs. His GSD just kept flying straight away from my fleet who would not have been able to turn around in time to catch him anyway.

Interestingly enough Guy chose to go first, and selected Intel Sweep from my Objectives. The obstacles were scattered along the centre of the board and I setup my Intel tokens on my left flank. Guy chose to split his on either side of the board.

His first deployment was almost dead centre I put my demolisher on my extreme left to go and fetch the objectives. We then setup the rest of our fleets on the right side of the board. My VSD’s were staring down his MC80 and pair of frigates just off to their right. On the far right I had my ISD looking at his gunship but also keeping an eye on his frigates slightly to its left.

The game started with the MC30 rocketing across the board and eventually ramming into my advancing ISD. This locked them down for 3 turns; neither was able to move past the other! It was a mixed blessing for me.

The MC30 was annoying but it was pretty much the only thing actively targeting my ISD so he could shrug off most of the damage with its defence tokens. I never activated it first so its speed was never 0 when it was shot at. My ISD was pinned in place, effectively making it a stationary gun platform. His frigates advanced into 3 rounds of fire before I destroyed the gunship and flew past them.

In the centre of the board my VSDII ground to a halt in a ramming match with the MC80. This effectively pinned it in place on an asteroid, not a good place to be, however all of the fire it received was obstructed by the asteroids.

It eventually went kamakazi into the MC80 but not before doing some serious damage. Combined fire from both VSDs really weakened his Frigate that was designated to collect the Intel tokens, and fighter activations finished it off.

The GSD collected enough tokens in front of it to secure the 75 points and then perform a broadside on the MC80’s rear arc. It spent 2 rounds activating first and either shooting and scooting or moving into position and then dropping 4 black dice onto unshielded zones. The MC80 did not last long.

All in all I lost 1 VSD and only a single Frigate managed to escape past my ISD but it was damaged.

I found this fleet fascinating. It had some really good synergy going. Chucking around bonus command tokens and it has a swarm of fighters that can either act as a screen or harass enemy ships. If I were a rebel player, I’d play something like that. It’s versatile and it can throw out a surprisingly large number of dice!

I was given first player so I selected Opening Salvo from the rather scary looking objectives. I figured that extra dice will help me too and it won’t hurt me as much as the other objectives would.

We setup with almost all of the objectives scattered on the right side of the board. Then I made my first mistake of the game. I did not setup my fleet fully on the left. I don’t know why I did not take advantage of this but I setup my ISD and GSD slightly off centre to the right with my VSDs on the left. He had his CR90 on the right, MC80 in the centre and frigate on my left.

This left my VSDs taking the brunt of his attacks from his Frigate and MC80, not a nice place to be in. My squadrons spread out and did their jobs as speed bumps. Only slightly harassed by enemy squadrons my GSD cut through the asteroids flew past the CR90 and managed a few good shots at the rear of the MC80, the never say die MC80.

The ISD was flying slower this game but brought up the rear and took out the CR90 and over the course of the game also killed Luke, the little b@sta@rd.

Combined fire from the MC80 and frigate quickly destroyed my VSDII but not before his frigate took a pounding and almost all of the shields on the MC30 were destroyed. He did make 1 critical mistake and forgot to roll a black die. I did offer to take the damage but he was very gracious and declined rolling the die during my turn. This gave me an extra 2 rounds of fire power as my plan was to spam engineering commands, which all of my ships were loaded with from turn 2 onwards.

My engineering was so over the top that my ISD actually ended up discarding commands without using them. The ISD did, at one point, ram into the back of my VSDI as we sailed past the remains of the enemy fleet but I could easily repair that damage.

This was a very tactical game, extremely tight manoeuvring, with errors in activations costing vital points. The frigate could not have had more than 2 hull points left, before it hit the space station for repairs. The MC30 had only 1 hull, 0 shields and only it’s Brace token for defence. My GSD and VSDI were both all but crippled. The only unscathed ship was my ISD.

I did make use of screed on almost every attack; however it was not enough to grant a victory. The game ended in a draw.

Over all I got first place and walked away with a Rogues & Villans pack. Having seen them on the table for most of the day I’m very happy with the prize! Thanks Daniel for hosting, I really enjoyed myself.

Also, Jessie is fine. A night with a drip rehydrated her and whatever was in her system was kicked out by some drugs. Incidentally, vet’s bill cost more than my Armada fleet. Oh well, life happens. I’m just glad she is better.